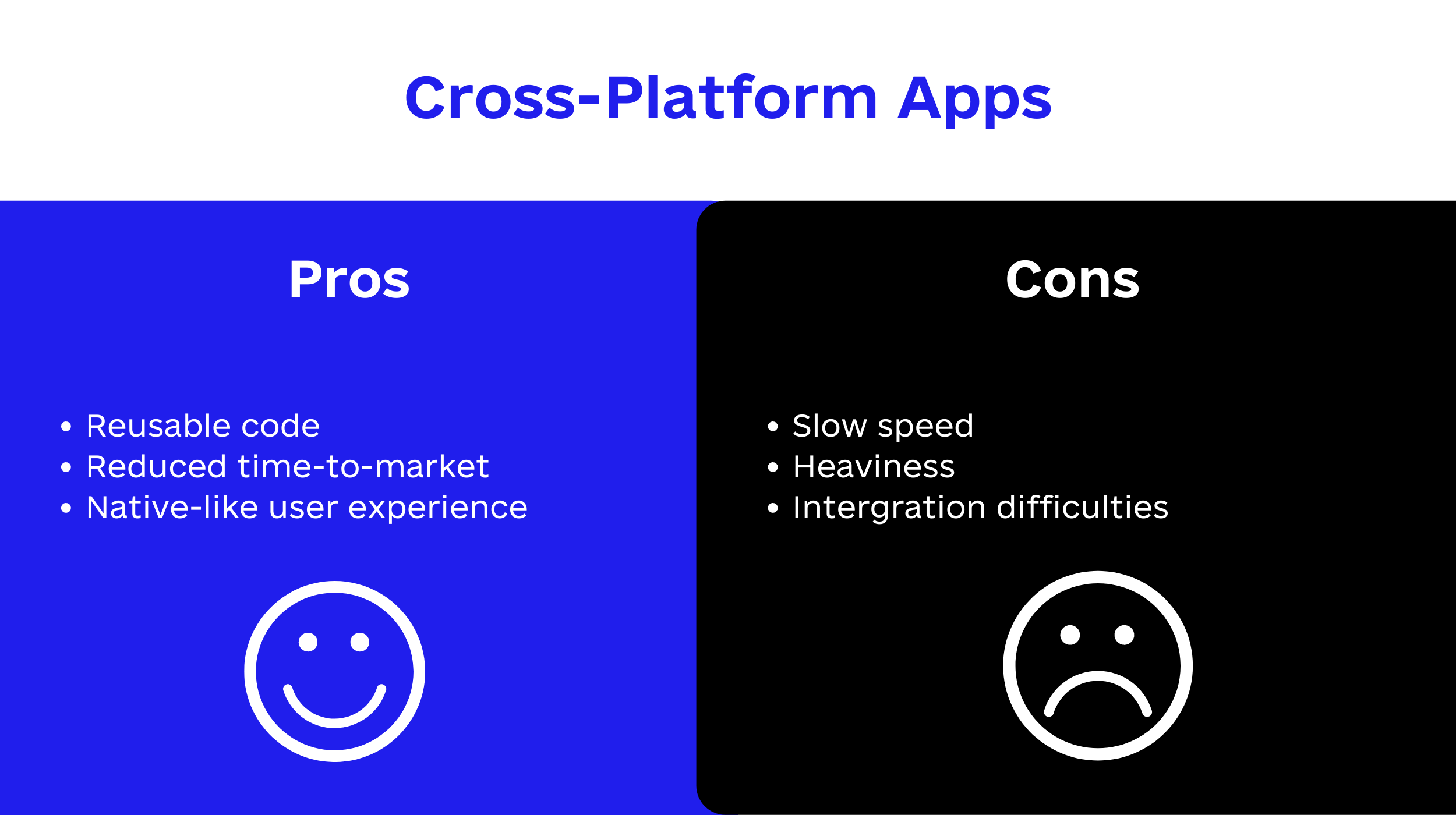 A Peek into Cross-platform Mobile apps

Definition of a Cross-Platform Mobile Application

✅ Mobile applications that are cross-platform or multi-platform have a single codebase that may run on a number of devices and operating systems (OS) after being built once. The practice of developing software programs that are compatible with a variety of mobile operating systems is known as cross-platform mobile development. The multi-platform approach to mobile app development eliminates the need for separate Android and iOS apps. Multi-platform development, on the other hand, allows developers to create an app that looks and feels perfectly natural on both Android and iOS by utilizing only one language (such as JavaScript) and a single codebase.

✅ The limitations of establishing a backend that worked across various platforms made developing mobile apps tough initially. Native applications for each mobile operating system (OS) were typically quicker to build, but they took time and money. The issue was that the programmer was unable to use code created for one operating system on another.

✅ The idea is to use a single language/toolset to construct cross-platform software with no hard spec constraints. While developers will still need to create individual use cases for iOS and Android apps, a single cross-platform product will be able to run on both platforms simultaneously.

In the development of mobile apps, multi-platform app development is essential. Pinterest, Instagram, Skype, and Bloomberg are just a handful of the well-known apps that have already made the switch to cross-platform. Many developers and organizations have chosen it as their preferred alternative due to its capabilities and market reach. 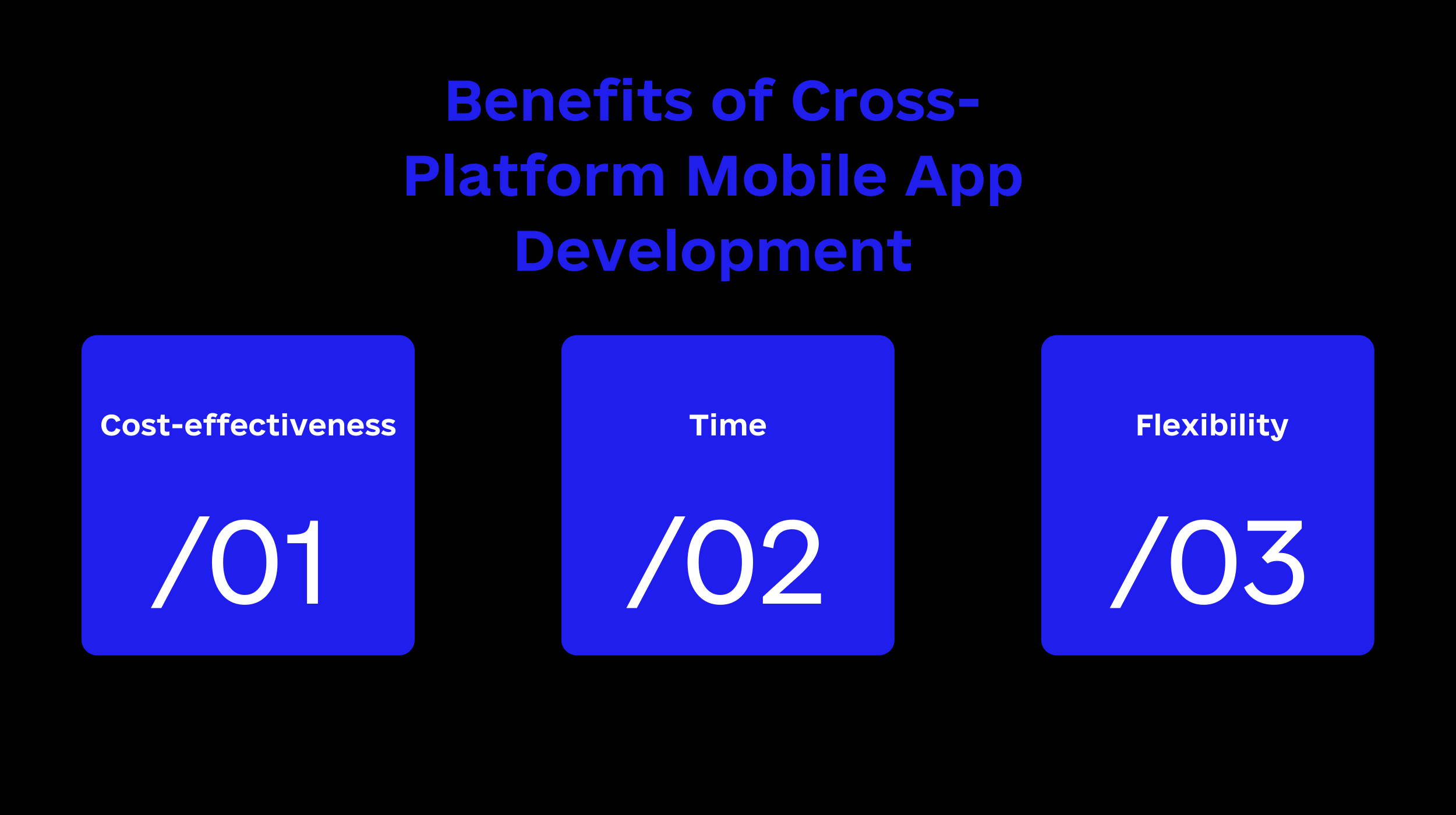 The selling points of cross-platform apps cannot be overemphasized. Below is a breakdown of some of the advantages of using the cross-platform framework during the building of an application. 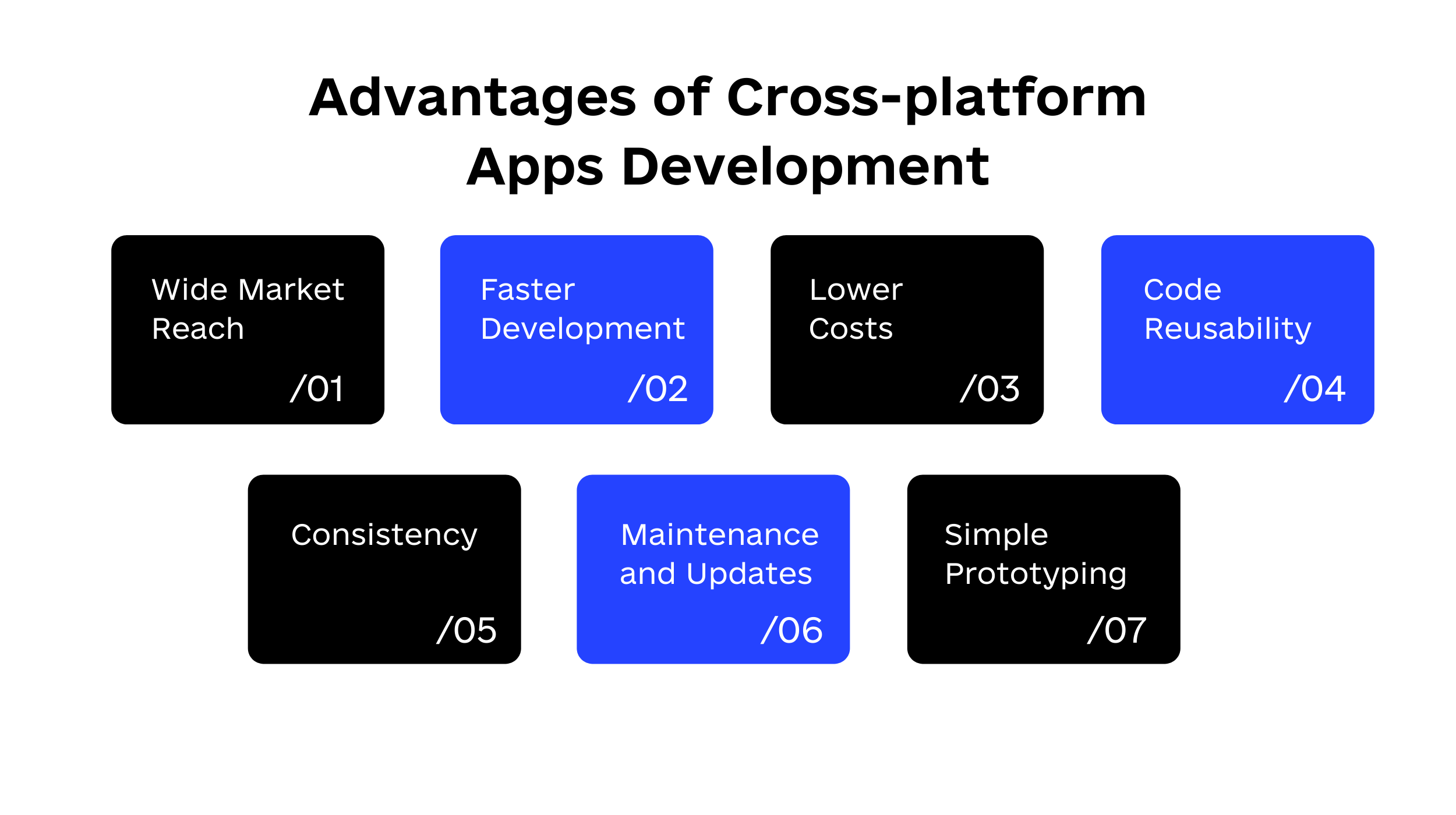 Cross-platform application development provides several benefits, including enhanced exposure and market reach. Using cross-platform, the developer can increase the program’s visibility without putting in a lot of time or work. The cross-platform framework’s increased interoperability with a wide range of systems and platforms, including Android, web, and iOS, enables the app’s broad market reach, making it a popular choice among developers.

Most web developers favor cross-platform development since it allows them to broaden their services to include app development. Cross-platform app development can be a faster and more straightforward approach for in-house developers who don’t have a lot of expertise in designing apps because they don’t have to grasp numerous technologies. The ability to write a single set of code speeds up the deployment and modification of a system. A faster time to market is the result of a shorter development cycle. In the dog-eat-dog mobile environment, this is important.

With cross-platform software, developers may pool their technological and human resources, making application development less expensive and more efficient. Another cost-cutting feature of cross-platform software is the ability to reuse the codebase, which decreases the amount of time and effort required for app development. Cross-platform development is still one of the most cost-effective ways to investigate and test a market, and it could aid developers in making the best strategic decisions possible.

Developers can work on a single codebase that can be used across various platforms using a cross-platform development framework. Thanks to the same codebase, developers can fix errors and make enhancements across multiple platforms at the same time. Code reusability’s cross-platform trait avoids repetitive processes, resulting in a shorter application development life cycle.

To ensure uniformity between the iOS and Android platforms, some UI/UX components are employed in cross-platform app development. Consistency enhances an app’s validity and credibility while also promoting a great user experience. Because the developer must adhere to specific standards, establishing platform consistency sometimes requires a significant amount of time and work.

Cross-platform app development is set up to automatically update apps for all clients, ensuring that users get the most recent version of the app, which has a significant impact on how it looks. Updating and maintaining cross-platform programs is simply because they have a single version codebase and are Internet-based. The cross-platform framework eliminates the need for several application versions to be updated and backed up, so clients don’t have to download multiple upgrades.

Because of the short development time, prototyping in cross-platform application development is generally straightforward and effective. In any app development, prototyping guarantees that the product is on track and that the concept is gradually taking shape.

Multiple-platform mobile app development has substantial limitations, despite the fact that cross-platform apps are becoming more popular in the corporate world due to their benefits. Nonetheless, well-designed multi-platform software will make the differences appear insignificant, and it will be able to run on more systems where your product or service will be accessible. The following are some of the disadvantages of developing multi-platform mobile apps. 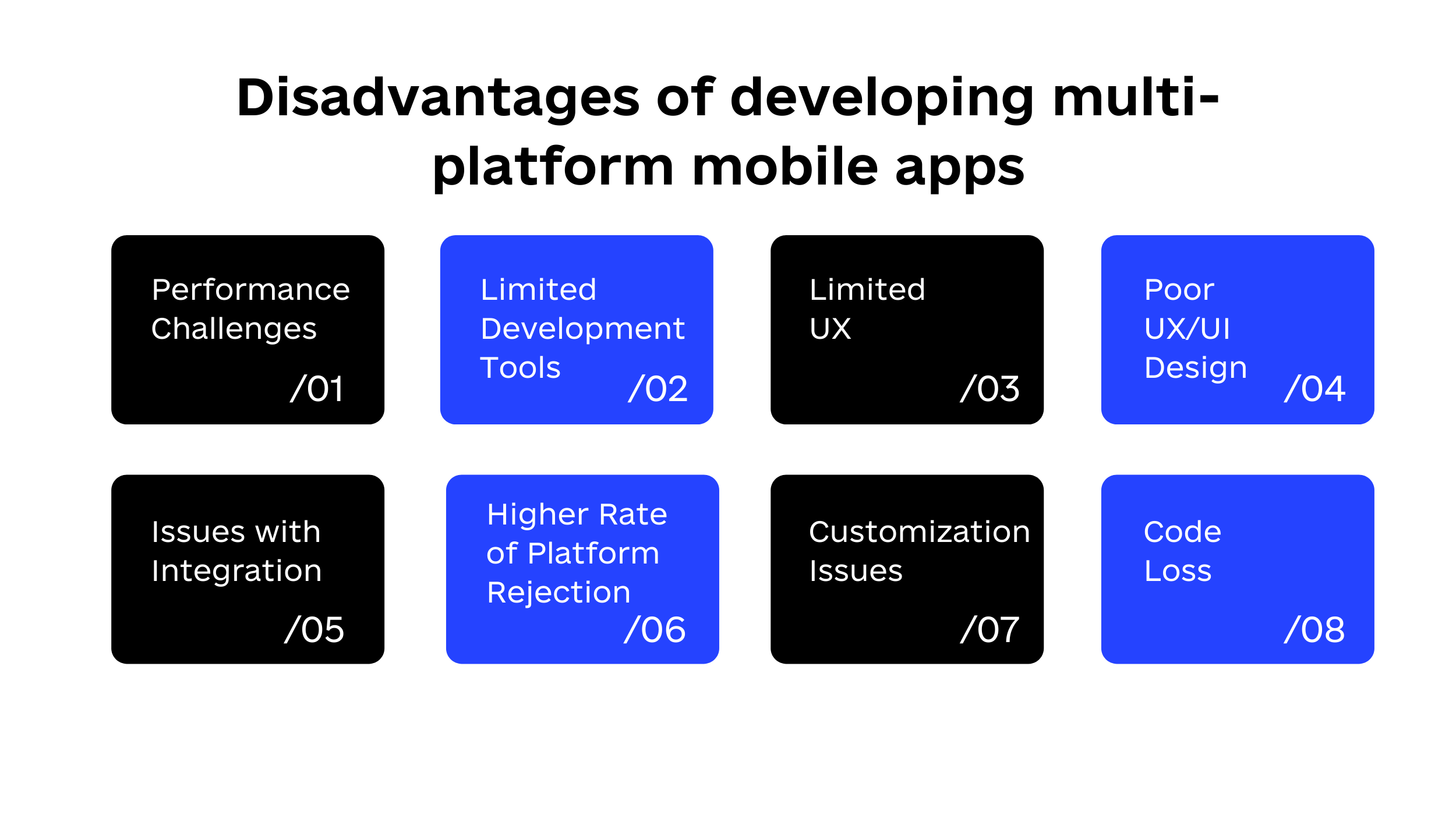 Cross-platform software development continues to be plagued by performance concerns, which could lead to a poor user experience. Inconsistencies in communication between the native and non-native components of gadgets are typically the source of performance difficulties. As a result, cross-platform software developers have challenges in maintaining consistency across devices and operating systems.

Two of the most typical obstacles in multiple-platform programming are sluggish code performance and limited development tools. Application sluggishness can occur for a variety of causes during the development process. The first and most important argument is that using a single piece of code for several platforms (which multi-platform is commended for) results in memory leaks, which slows down a program over time. An unsatisfactory user interface as a result of cutting-edge features and limited development tools could also contribute to slow code performance.

Because cross-platform programs aren’t created with platform-specific IDEs, the capabilities, hardware, and software components of each device are constrained. A lack of functionality causes performance issues and a uniform design that iOS and Android users are unfamiliar with, making it harder to meet user needs and limiting the desired user experience standards.

Another major disadvantage of the multi-platform development process is the issue of poor UI (User Interface) and UX (User Experience), which are important parts of the website design process. Because of the various settings and native code, the response of a module may differ depending on the operating system it is launched on, decreasing the app’s speed.

The developer faces a number of time-consuming challenges when it comes to cross-platform software integration. It may be difficult to integrate with local preferences and settings, and storage considerations may necessitate the usage of third-party cloud providers.

Some critical device properties, such as integrating device local configuration capabilities, hardware functionality, and internal storage access, are not usually supported by cross-platform development frameworks. The situation is exacerbated by the lack of access to most native device functions, which restricts customization choices and inhibits the majority of digital product operations. It’s crucial to choose a framework carefully because some popular frameworks may not have this problem.

Another disadvantage of cross-platform software development is the risk of code loss while transferring platforms. Many cross-platform app development frameworks lock your code into a project, preventing developers from accessing it outside of the platform in question, perhaps resulting in code loss.

Because of its ease and cost-effectiveness, many businesses select cross-platform application development, but it is not without problems, as we’ve already covered. Although using the cross-platform framework to adapt an app for many platforms at once is challenging, performance and UI/UX can be sacrificed, and hardware (microphone, camera, geolocation, and so on) can be constrained. Most apps, on the other hand, do not require high performance or sophisticated capabilities in order to reach the market fast and affordably.

Key Things You Need to Know About Productivity App Development

How to Make a Video Calling App Like Zoom and Google Meet?

How to Build a Price Comparison Website: The Ultimate Guide

How to Create a Directory Website: The Ultimate Step-By-Step Guide

Which application types are most suited for cross-platform development?

How are cross-platform and native app development different?

In native application development, we use the default language and IDE for both Android and iOS, namely JAVA/Kotlin with Android Studio for Android and Objective C, Swift with Xcode for iOS. Cross-platform is a framework that allows you to write code once and distribute it across multiple platforms, including iOS, Android, and Windows Phone.

What effect does content size have on my cross-platform app?

When compared to native programs, cross-platform applications have a larger app size.

What criteria should I examine while determining whether or not to create a cross-platform app?

First and foremost, you must determine the app's goal. Then decide how the user interface should function. Native apps are the way to go if your application demands gaming-level animations or is expected to give a great overall performance.

No comments yet.
Give us your impression about this article.

What our clients are saying

ServiceTrade is a software as a service platform that manages job scheduling, technician scheduling and efficient routing for single or multiple offices in an easy user interface. Documentation of the work performed is stored online and delivered to customers’ inboxes for always-on access to service history. Online communication and coordination between field technicians, the home office, and the customer make each appointment more professional. 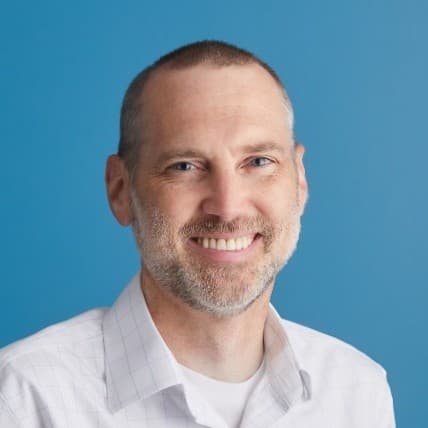 It was an excellent collaboration! I will engage with Code&Care again because it’s been a very valuable experience for our project. I must say their team delivered results faster than expected. 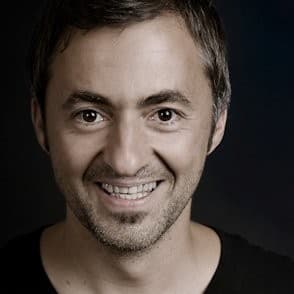 It is a pleasure to work with this team. Great job. Will be cooperating again. 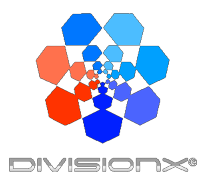 DivisionX was founded in 1998 with a simple aim and passion: become the experts in creating eCommerce solutions that are simple to use and stand out from the crowd. 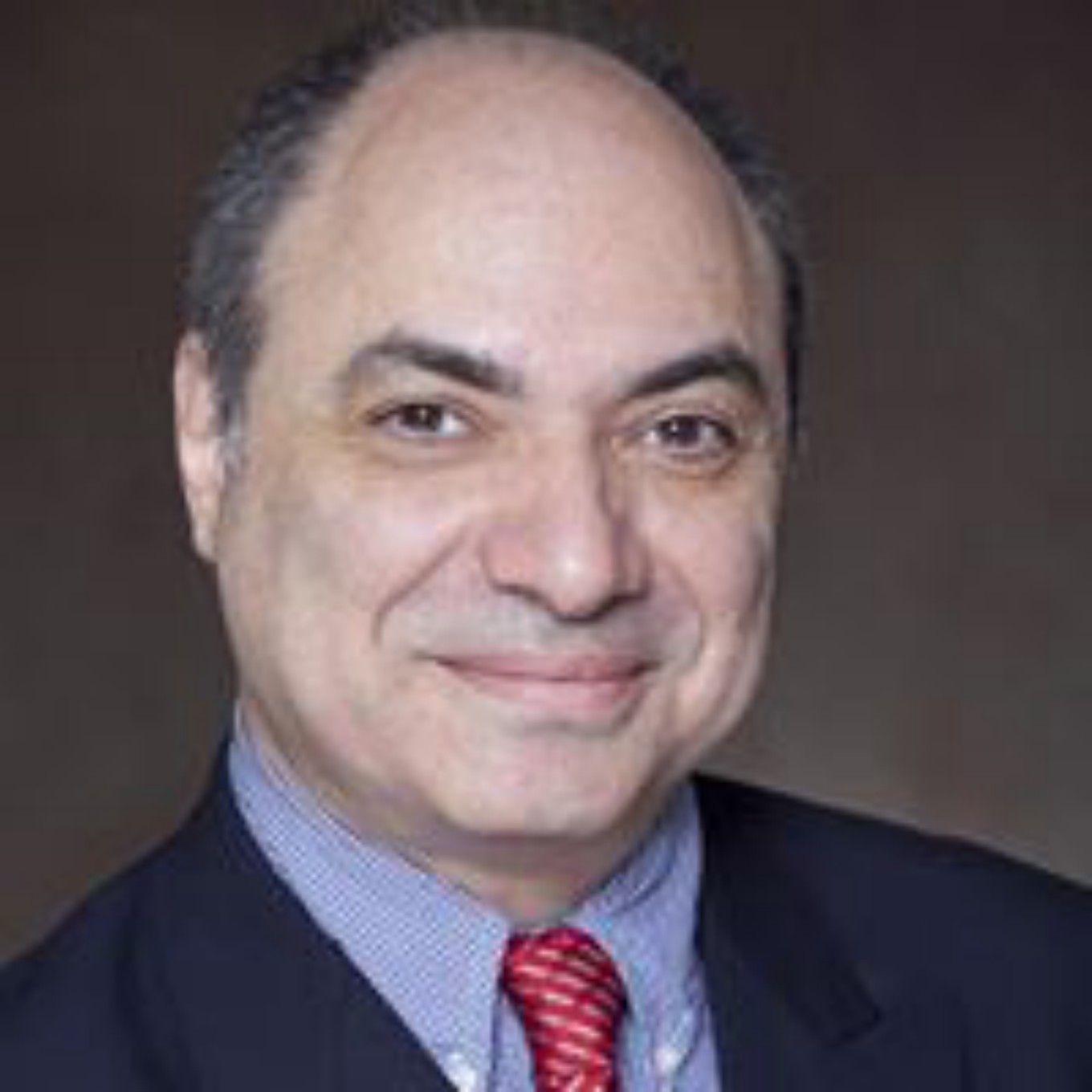 Great job, professionally done by an expert and delivered on time. The Code&Care developers are very enterprising, responsive and result-driven. I was very satisfied with our cooperation! 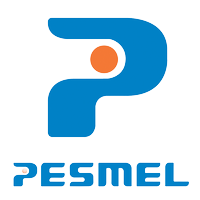 Pesmel has more than 40 years of experience in delivering solutions that improve material flows and logistics at different types of manufacturing facilities. We focus on serving customers around the world in the pulp and paper, metals and tire manufacturing industries. 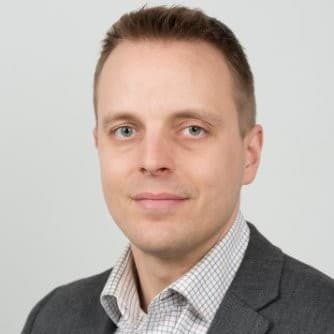 Good job Andrew & the whole Code&Care team! We were very happy with your contributions and will definitely co-operate with you also in the future. Especially appreciated your openness and prompt communication at all times, it was fun to work together on the assignment.

We advise and accompany medium-sized companies on their ongoing path to digital transformation. The basis for the change process, also known as “digital change”​ in companies, is a digital infrastructure and digital technologies from which new business models emerge. 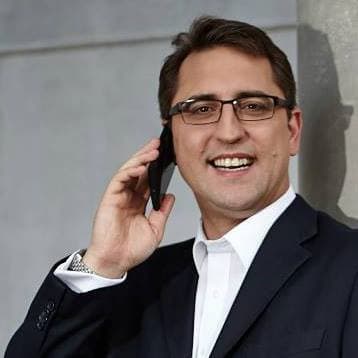 Very good work! Code&Care team has been able to meet all our needs. Their team does not let things drop. They’re good at taking ownership of the task and making sure it’s performing well. Our cooperation was exceptional! 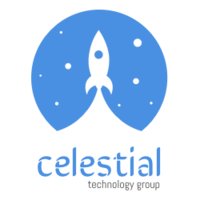 Celestial Technology is my private technology consultancy that heavily focuses on research and development in the blockchain and financial technology sectors. 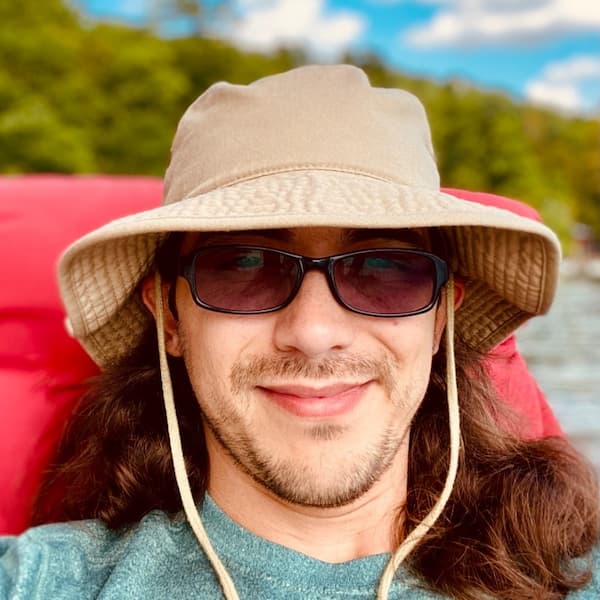 Andrew and all his team actually care about the code quality, which is really hard to find in other outsourcing companies. Also, I have been impressed with their ability to communicate so effectively and manage teamwork. Great team! Thank you for our cooperation.

Epic Culture works with organizations to build amazing company cultures. Our mission is to change the culture of businesses everywhere, so that everyone loves what they do. 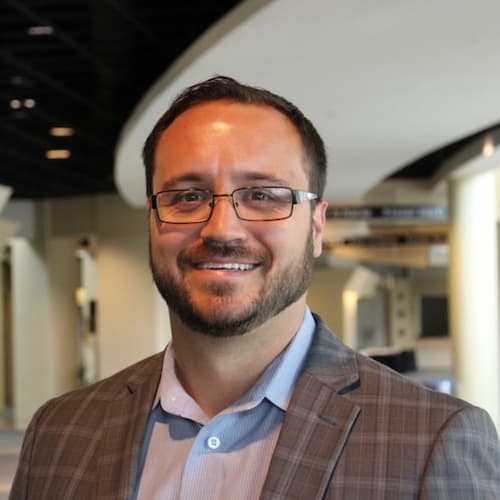 I enjoyed working with Andrew and his team. Very flexible and highly professional company! They are really responsible for the code quality.

Are you ready to create an awesome product?

Partner with us to overcome your web development challenges!